[Edit: this auction has now ended]

One of my blog readers has just spotted this Tilling summer dust jacket, ex-Eastern National, on Ebay. I can’t vouch for its quality but, looking at the photograph, its not bad! 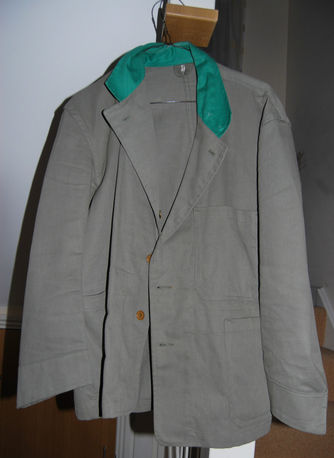 The auction ends on Saturday, June 30th 2012, at 10:53 so put your bid in if you’re interested. When it comes to acquiring one, these are becoming as rare as hen’s teeth. When I was looking for one, I resorted to having one made especially for me by a workwear company in Yarmouth before I was able to buy a genuine one.

The down side is that it is likely to go for a fair amount of money. However, in this case, it is being sold for a good cause. Apparently the money raised will be used in the restoration of a 1950s Eastern National bus (I don’t know which one, though).