I’ve done a couple of delivery jobs for Crosville Motor Services recently and one of them took me to the Far East (of England). To Lowestoft, in fact.

Regular readers will know that I’m a big fan of any vehicle built by Bristol Commercial Vehicles. Due mostly to Government ownership, the majority of these were bodied by Eastern Coach Works and it was to the coastal town of Lowestoft, where the ECW factory was located, that each newly-built chassis had to be taken years ago. 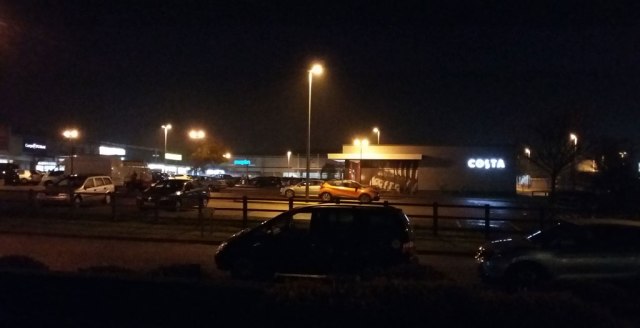 Crosville has sold a Volvo B10M coach to a new owner who lives near Lowestoft and I was asked to drive the coach there from Weston-super-Mare. I knew that the 280-mile journey would take most of the day so I arranged to stay the night in Lowestoft and return the next day by train.

VanHool-bodied K7CJT has carried the number CRZ9825 while in service with Crosville but, by the time I arrived to take it to its new home, it had regained its original mark. The workshop staff had given it a once over the previous day and, not having driven this vehicle before, I spent some time checking it over before venturing out onto the road. Locating the side and headlight switch seemed to take me the longest time and I tried a good number of the rocking switches on the dash before finding the correct (rotary) switch near the steering column. That’s what happens when all the switch labels have worn off after years of use! A colleague at the depot, who is keen on the heritage side of the business, came over to see where I was going and asked me if I was going anywhere near the site of the ECW factory. I said I didn’t know where it was, not having time to research it the day before when planning my route. Lowestoft is quite a big town and I thought it would be unlikely that I’d be passing the site, even if I knew where it had been.

END_OF_DOCUMENT_TOKEN_TO_BE_REPLACED

In tranquil surroundings bathed in autumnal sunshine, I took part in a classic wedding in rural Somerset the other day. 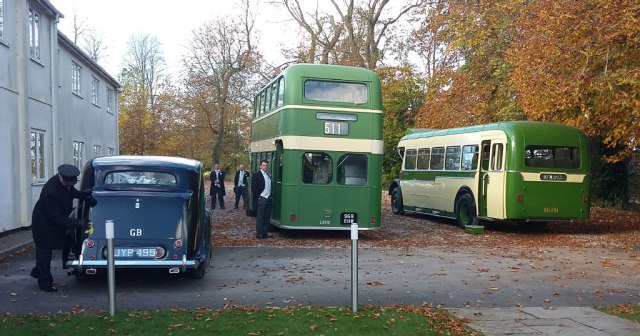 It seems to have been ages since I drove a heritage bus for a wedding. In fact, although I’ve done numerous private hire duties for Crosville Motor Services during this year, the last one to involve a wedding was back in May.

One of the many delights of Crosville private hire duties is that occasionally they involve more than one bus. So it was good to meet up with my friend Dave Moore at the Crosville depot last Saturday as together we prepared our two vehicles. I was rostered with 1950 Bristol L5G KFM893 (Crosville KG131) and Dave had 1959 Bristol LD6G 969EHW (Bath Services L8515). The duty Operations Manager popped over with a bag of ribbons and bows supplied by the client. He appeared rather keen not to be involved in affixing them to the buses so left them for Dave and me to sort out. Fortunately we had both arrived with plenty of time in hand so we had time to dress up the buses as well as do our usual checks and preparations. I also had a few moments to check on two other Lodekkas, both of which were undergoing major engine surgery.

As is my custom, I had earlier studied the routes for the day. So had Dave, so we agreed on the best route for our buses. Although there was nothing we could do to avoid the long and arduous climb of Red Hill on the way towards Bristol Airport, we decided not to use the more direct road to Winford Manor which would have taken us there via a long and occasionally narrow lane. By going a little further past the Airport, we made use of a wider road which offered fewer hazards.