Following a lengthy re-restoration, a 1950 Bristol L has joined four others at a private location in Weston-super-Mare. 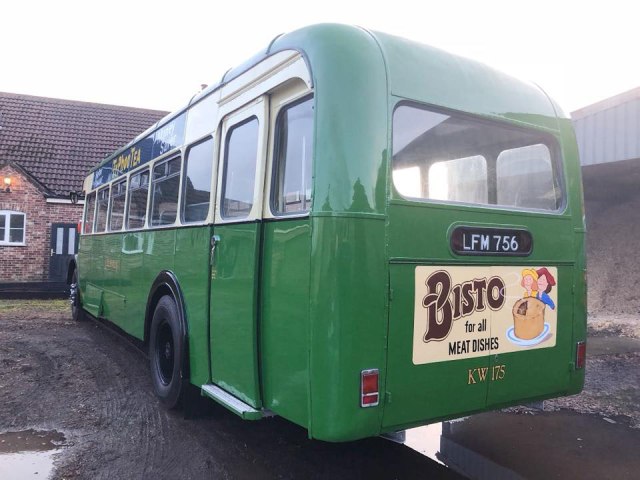 I haven’t yet been to see it but here’s a quick overview. The bus is a single deck Bristol LL6B, originally fleet no KW175 (LFM756) in the Crosville Motor Services fleet when new. It operated from the Chester depot until 1968 when it entered private hands and passed through a number of owners before being purchased by Jonathan Jones-Pratt in 2016. It went straight from its previous owner to the premises of ace restorer Ashley Blackman (also on Facebook) where it has been undergoing a complete external overhaul. The green and cream livery was applied by hand using traditional coach painting methods. I’m always amazed at the mirror finish that Ashley manages to get with his brush work! 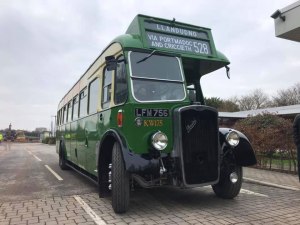 The icing on the cake for me is the application of period advertising panels, each one carefully signwritten in the traditional way.

I’m looking forward to seeing this smart Bristol LL6B up close and perhaps have a drive. The 5-speed crash gearbox mated to the 6-cylinder Bristol AVW engine is particularly musical so it should be a treat for the ears as well as a sight for the eyes. 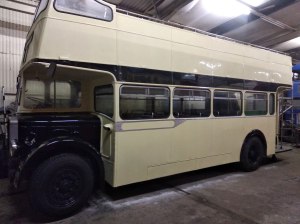 Another Bristol bus to receive an external makeover (although now resident in West Yorkshire with Yesteryear Cars) is former Eastern National Bristol KSW5G WNO480. I became acquainted with this open top bus when it was purchased by Crosville Motor Services in Weston-super-Mare. However, in all the time it was in Weston, it only carried passengers in the town on one occasion and that was the Crosville Rally in 2017. While at Crosville it received a repair to the nearside wing and the dynamo was overhauled but, despite being made operational, no work was found for it as the company already had two open toppers active.

WNO480 was acquired by English Riviera Sightseeing Tours and I delivered it to Torquay last April. Once again, it was never used (there being a lack of suitable drivers for the crash box) and has now moved north. The photo shows the new Crosville-esque livery nearing completion after receiving repairs to some wooden framing and panels. It is likely to be used for wedding transport in Yorkshire this season.

Members of the Devon General Society are promoting a number of events this summer to mark the centenary of Devon General Omnibus Services. I’m hoping to get along to at least one of these as Devon General was my local operator when I lived in Exmouth as a lad. Click here for the draft programme of events.

Long-time readers will recall that I spent some months driving a 1947 Leyland PS1 (AHL694) to and from Greenway House on the banks of the River Dart. It has spent a number of years laid up out of use but recently, while driving south on the M5, I spotted it on the back of a low loader heading north. Presumably it now has a new owner. I wonder where it is now?

Coach driving for Bakers Dolphin at the moment revolves around school or college contracts. I’m looking forward to the warmer weather when day trips and outings start up again and I will no doubt pick up some of these interesting duties.

Photo credits (all used with permission)

2 comments on “Another Bristol L for Weston-super-Mare collector”