My latest duty for Crosville Motor Services involved another trip to Minehead in support of the West Somerset Railway. It was an action-packed day which included a surprise appearance by a bus I have been itching to sample for ages. 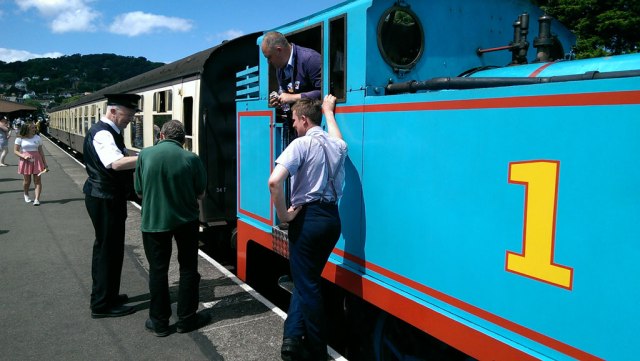 Rising at silly-o’clock-in-the-morning for an early drive up from Torbay, I booked on at 08:00 at the Crosville depot in Weston-super-Mare. The previous weekend I had done the same duty so the early start was slightly easier to cope with. On the first occasion I led a convoy of three heritage vehicles, a closed top Bristol Lodekka, an open top Lodekka and an open top Bristol VRT. The reason being that, by common concensus, I knew the route to Minehead better having done it twice before already. One of these, ex-Bristol Omnibus 1959 LD6B LC8518 (972EHW), was left in the First bus depot in Minehead as it was required on both weekends. The duty, as previously, involved providing free bus rides for those attending the special event at the West Somerset Railway (WSR) which, on these two weekends, was a ‘Days Out with Thomas’ event. 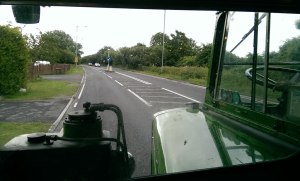 Owing to the fact that my rostered bus was already in Minehead, I travelled as a passenger on ex-Crosville KG131, a 1950 Bristol L5G (KFM893), with my friend Dave Moore at the wheel. It was unusual for me to be riding in the passenger saloon and I was surprised at how quiet it was, compared to the racket that I’m used to hearing in the cab! Admittedly it’s a very agreeable racket. 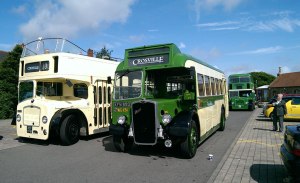 The action kicked off at about 10:20 but, until the first train arrived from Bishops Lydeard with more passengers, takers for the free bus rides were few. Conductor Kemble and I were in charge of the closed top Lodekka and we clocked up a grand total of 3 trips in the morning. As predicted, the open top Lodekka, 1961 ex-Crosville DFG81 (FSF6G 891VFM) was the most popular with people eventually queueing up to board before it had even arrived back from its previous trip.

Our 15-minute route was the same as before – a short jaunt up the main street and then along the seafront to Butlins and back – just long enough to give people a few good views and of course a decent ride on a vintage bus!